Lex and the City 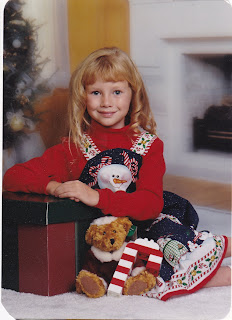 My niece Alexzandria is no longer a little girl; somehow the years have slipped by and she's become an extraordinary young lady. The first article I had published back in 2001 was about Lex (her affectionate nickname), as I imagined what a trip to Manhattan might be like for her and what we'd do. She was only six when I wrote it, and now she has a driver's license and a boyfriend.

We've spent many fun summers together, Lex and I, at the family cottage in Friendship, Maine but she hadn't been home to New Hampshire for Christmas in about 12 years and she'd never been to New York. Lex turned 16 over the summer and since we were unable to be together for that important event, Baby and I flew her from Lavergne, Tennessee to see the Big Apple at Christmastime as a birthday present. After a wild four days in the city, we whisked her to New Hampshire to meet up with her father and my parents.

Naturally, I started planning the itinerary weeks before her arrival.

Saturday, the week before Christmas: After traipsing the Highline, a beautiful elevated railway-turned-park in our neighborhood and taking her to one of our favorite Chinese places nearby, we threw a party in her honor. It wasn't a huge affair, just about 20 people. They all sat and chatted with her, absolutely adored her and were thoroughly impressed by her demeanor. We made Chasen's chili, chicken mole, mac n' cheese and pork cracklins corn bread to make Lex feel right to home. Of course, we brought out a cake with 16 flaming candles on it and sang Happy Birthday to her.

Sunday: Manicures and pedicures with Baby's niece, who is also 16 years old! They had never met before but had texted each other for some time and of course they are facebook friends. We took them to Laurent Tourandel's burger joint, BLT Burger for lunch, before taking them to Rockefeller Center to see the tree and then letting them loose in Saks to go shopping. Before long, they were walking down 5th Avenue arm in arm, like old pals. We stopped into a penthouse punch party at Royalton hotel and then made our way to the Village to Cowgirl Hall of Fame for nachos, quesadillas, chicken fried chicken and mashed potatoes.

Monday: Oak Bar in The Plaza for a lunch of lobster bisque, Cobb Salad with lobster, a tuna melt and the most outrageous chocolate and cream something or other for dessert. What a gorgeous, warmly paneled room! The afternoon sun was winding down while we took a leisurely stroll through Central Park, up to the American Museum of Natural History for the wonderfully fun Journey To The Stars show in the Planetarium. The Hurricane Club, a marvelous tiki bar/supper club styled after exotic monsters of yesteryear such as Trader Vic's finished us off for the day.

Tuesday: Hudson Hall in Hudson Hotel for lunch, where Lex confirmed just how much she really could eat! A walk to Times Square and thereabouts led us to the Phantom of the Opera theater where we found a couple of reasonably priced seats for that night. While we waited for the curtain to rise, we ducked across the street to have some New York pizza at John's with Baby. Then home and time to pack!

Wednesday: En route to New Hampshire on the bargain and remarkably clean megabus, we stopped off in Boston for a tour of Faneuil Hall and a night at Ames hotel. We all had a delicious, eat-way-too-much dinner at Woodward in the hotel with some friends before collapsing into bed in our respective rooms only to depart the next day to wrestle with relatives over the ensuing holiday.

I was nervous how everything would turn out, but I'm very happy to say it was just perfect. I just wanted to do something good and perhaps toss in a little inspiration along the way. We should inspire children.

Ah, my dear Lex. She may very well be on her way to growing into womanhood, but she will always be a sweet little girl to me. Happy Birthday Lex! And Happy New Year to everybody! Thanks for reading Evenings With Peter!
Posted by Peter Sherwood at 2:46 PM