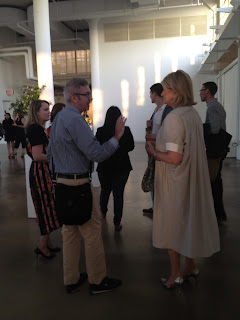 Giddyap! The Kentucky Derby strode heartily past on May 5th, coinciding with Cinco de Mayo. So we called it Derby de Mayo! I threw my Derby party, replete with icy mint juleps, shrimp and grits,
chicken mole, Benedictine sandwiches, and tomatoes with biscuits. This year my friend brought a perfectly peachy peach cobbler to delightfully devour, found in Saveur magazine. Although I didn't win any money on the horses (discrete betting is always permitted), I feel I won something much richer. I recently had the breathless privilege of meeting Martha Stewart and in this captured picture I am telling her about how I've made the shrimp and grits recipe from her classic Menus for Entertaining cookbook for my Kentucky Derby parties for 17 years now. She looked absolutely stunning and was entirely gracious. Look at her silver shoes! She nodded thoughtfully and agreed about the shrimp and grits recipe, saying, "Yes...that's a good one." My guests over the years certainly agree too.

The galloping, gallant horse I'll Have Another was the triumphant winner in a most amazing race and continued on to a follow-up victory at the Preakness. Here's hoping the Belmont will bring a Triple Crown!

My grand Derby top hat, cut with a swath of scarlet chiffon, hung up to rest... 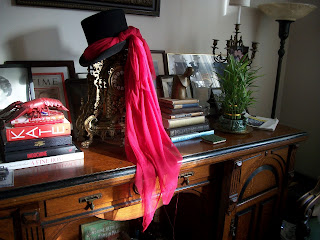 And the chicken mole before it completely vanished! 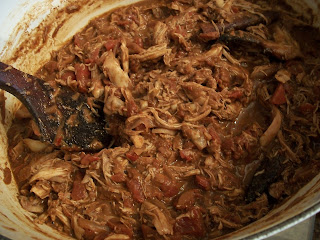 Of course, the shrimp and grits, simmering before being served. 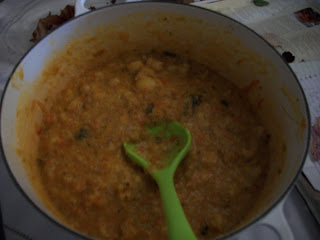 The decimated table, having once been filled with the spread, oceans of bourbon and bottles of wine! I spread open the recipe for the Benedictine sandwiches from Saveur magazine, as well as my storied copy of Ms. Stewart's Menus for Entertaining on the table for decorative purposes along with a glorious bouquet of peonies and white hydrangeas. Who brought the Coca-Cola? 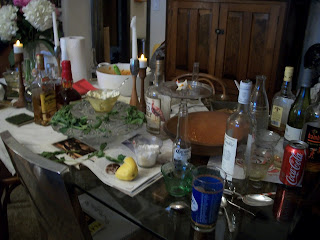 My etching below is a tribute to the run for the roses that I made several copies of to line up and suitably outfit a runner for the table. "A rose is a rose is a rose..." 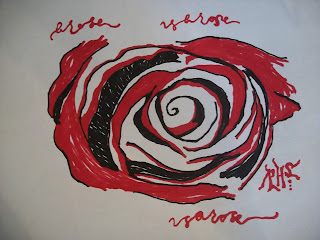 Posted by Peter Sherwood at 9:47 PM