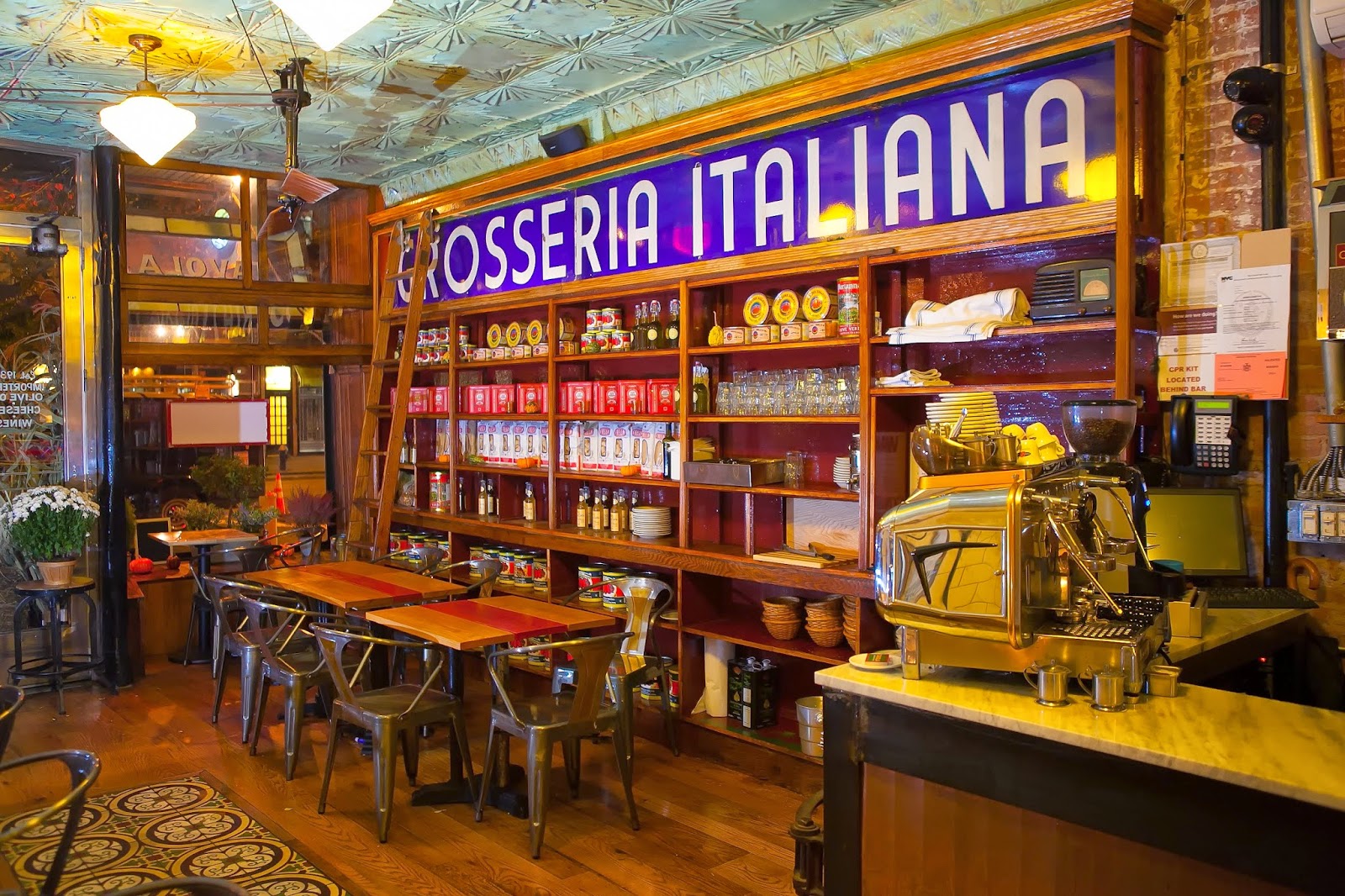 An Italian feast awaits in the lower circle of Hell’s Kitchen!

We entered Tavola to the warming wafts of pizzas briskly baked in the 7,000 pound wood-burning oven delivered all the way from Naples! The bustling, garrulous crowd seated around the center sharing table was cheerful while other lone wolves hovered over the capacious bar, content to fiddle with their blue-lit i-Phones. Owner Nick Accardi (Cola’s, Rocco’s) smoothly operates the former Manganaro’s space under a tin ceiling and lazily spinning fans as if it were his own personal dining room at home—and I suppose it is, as he convivially translates the titular Tavola to a most welcoming “table” via influences of Puglia, Sicily, Rome and Sardinia and fully explains the rustic cuisine to his guests.

A full-bodied Super Tuscan red hinted at leather and cherry notes while a white Falanghina was light and slightly frizzante. Our puffy pizza was served with a crisped crust and a soft center, Neapolitan style—what’s amazing is that in the highly heated oven, the whole baking process takes only about a shocking 90 seconds! Once the “leoparding” is achieved, creating the flourishing brown spots on the dough, the pizza is appropriately done. Cubed, braised pancetta and Brussels sprouts danced upon melted mozzarella, pungent Pecorino Toscano and whole peppercorns that relented from the heat. The steaming pie was further finished with an emerald green olive oil from Sicily, and it arrived more than ready to be devoured, although we patiently allowed it to acclimate to something more coolly mouth-ready. We asked our waiter to leave it on the table as we kept going back to it, bite by bite!

Greens were found in our Caesar salad, with crisp romaine and Parmesan Reggiano, with intermingling flavors of anchovy, lemon and parsley in the basil-infused dressing. We ventured forth with more vegetables, namely lush and salty fired-up artichokes with arugula and shavings of pointed, aged Grana cheese.

Our pick for pasta was creamy folds of pappardelle, tossed with a fit of cremini mushrooms in a rapturous veal and wild boar ragu. It would have been enough to just spend an evening alone with a huge bowl of the stuff! Brussels sprouts with pancetta and more of the Pecorino Toscano cheese were a divine torment. Brasciola was akin to a refined Italian meatloaf of sorts, stuffed with cubes of Peccorino Romano cheese and a simmering side of brown lentils that had been slowly stewed in chicken stock with a mirepoix mixture of chopped carrots, onions and celery. We playfully fought with our forks to see who would have the last bite. A thick breast of chicken alla Romana was tender and lemony delicious with the fine flavor of a grill. Sides of roasted potatoes and thick shards of artichokes were the perfect pairing.

We were, at best, ill-prepared for the outrageous handmade cannolis with shells flown in from Italy that were fried in pork fat from Italian pigs! Such a real treat with Sicilian pistachios (the most expensive in the world, but still the dessert was moderately priced at $7.50) and candied bits of oranges. Enchanting chestnuts followed, having been roasted on a seasonally suitable open fire, of course.