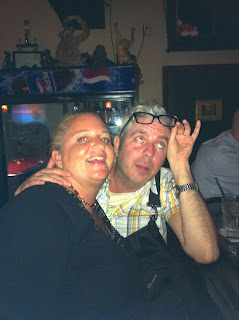 The air was filled with music that summer: the Go-Go's, Duran Duran and Rita Marley. It wasn't enough that after watching The Price Is Right, packing a lunch and slurping a Flavo-Ice while on my bike to lay out by the pool all day, no. My cousin and I also had to sneak out of our houses and break into the Ramada Inn at night. We were fifteen.

It was just the two of us, Jenny and me and it really wasn't so much breaking in like a Brink's job as it was hopping a fence. We'd shuck our clothes and leave the muggy night, dipping ourselves into the cool, hushing our giggles. Gauzy green lights spread out underneath the water as we swam to the deep end and dove to the bottom. It was deliciously daring and tasted of flight: our secret, achingly youthful. Just once we asked someone else to join us. It was my plan more than hers and the first time I saw my best friend naked.

Jenny had it easier than I did. Her bedroom was on the first floor, she just had to crawl out of her window. My escape was a little more elaborate: after stuffing pillows under a blanket to make it look like I'd fallen asleep in front of the t.v. watching 'Fridays' in case my parents came downstairs, I went out through the living room window.

Towards summer's end we figured we were pressing our luck with our parents finding out but that was part of the thrill. Anyway, we had to go back at least once more: we had met a man earlier who asked us to meet him at midnight. He said to come back at midnight, he had Champagne. I remember vaguely thinking we might be entering some twilit carnal zone, perhaps remember even wanting it too, but whatever it would be, at the least we would score some hooch. Jenny lived closer so we again met at our usual spot at the end of her street at 11:30 and then spent what was left of the half hour playing video games in the hotel lobby. At 12 o'clock precisely, we tip-toed through the chlorine-scented hallway to the man's room. We knocked, and knocked again. We looked at each other and tried once more. He wasn't there.

At fifteen, cares are fleeting and disappointments evaporate like bubbles in a glass. We just hopped the fence and went swimming without him. It was to be our last time. Foregoing our usual let-the-phone-ring-once-so-I'll-know-you-made-it-home-safe call, Jenny didn't know I got home to find my Mother in the driveway, raising the garage door to take out the car. She also didn't know I spent the better part of the next hour explaining where I had been to both of my parents and was something unnatural and untoward transpiring between my cousin and I? They should have been so lucky. I was grounded for a week.

The pool at the Ramada Inn is gone now. After filling so many of my childhood summers, years ago the pool itself was filled. Where students now park their cars to attend night school, Jenny and I once spent our nights dancing on water. 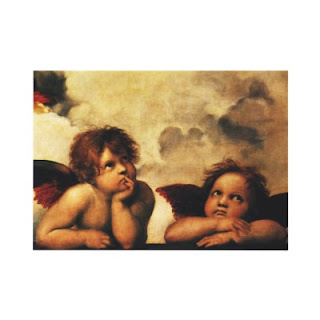 Posted by Peter Sherwood at 5:33 PM