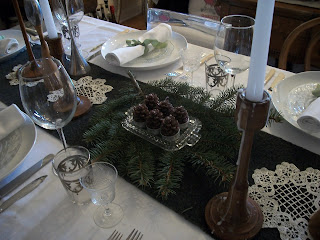 This particular evening was inspired by the hilarious, classic "Dinner Party" episode of Mary Tyler Moore, where Sue Ann Nivens cooked everything and Mary played host. Unlike other parties that Mary threw, this meal of Veal Prince Orloff for Congresswoman Gettys was a success. And so was our dinner! I used Julia Child's recipe but this recipe from epicurious.com is very similar.

I wanted an elegant table to feature our 'haute cuisine' palely painted in mostly white. 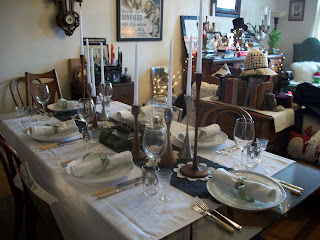 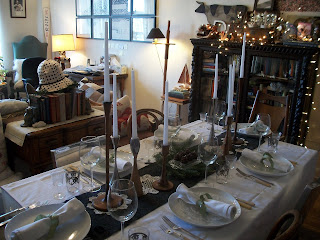 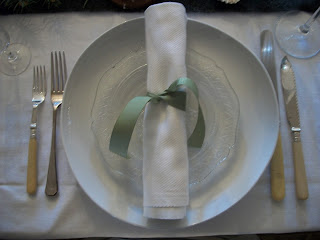 As involved as the dish of Veal Prince Orloff was, I made it the day before and merely re-heated it to serve--it was time consuming to make but actually saved time.

Crunchy asparagus with garlic butter was courtesy of Fresh Direct, served as our starter, and both bags took about five minutes to come to life in the microwave. Devoured. 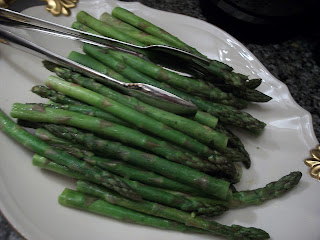 The lovely veal is shown below, cooked to a bare pink, smothered in a sumptuous sauce passed down from the hands of French nobility! Components are listed in more detail here, but basically, onions simmered with rice created the soubise; chopped mushrooms in butter served as our duxelle preparation; the flour and milk bechamel turned into veloute with the addition of our veal liquid and then became mornay with the addition of grated Swiss cheese. After a swift puree from the heft of a hand blender, all danced together and we had the lyrical sauce for our Veal Prince Orloff. 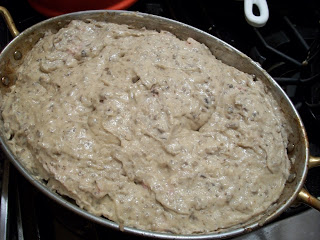 Two sturdy bunches of braised celery to accompany the veal was basically my own invention, lightly tossed in melted butter and slowly simmered in shallots, then I added a half cup of dry white wine and a half cup of French court bouillon stock to the mix, garnished with chives and flavorful celery leaves. Devoured. 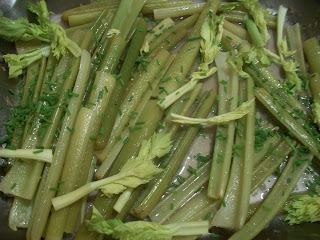 The Baked Pears Alicia was a made up dessert created for the show and I did a riff on the recipe that I found online. I don't mind telling you I used canned pears so I wouldn't have to peel, split and core them. I marinated them overnight in their own juices, some water and white wine, with vanilla beans, reconstituted dried lemons slivers, cinnamon bark and baked them in a 350 degree oven until warm. 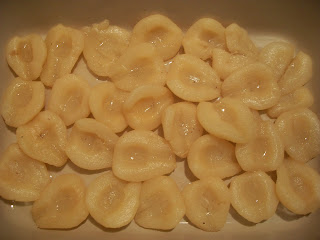 We set up our beautiful vintage chocolate service and made a steaming batch of hot cocoa, laced with a few shots of Patron coffee liqueur-flavored tequila. 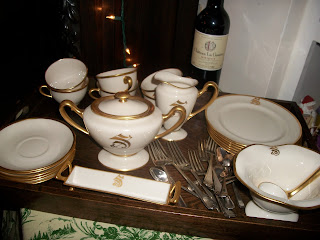 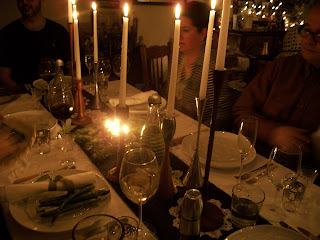 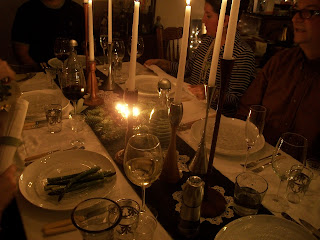 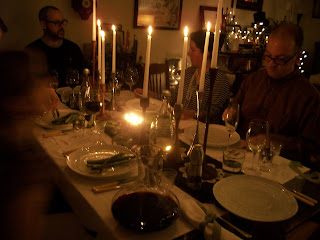 Posted by Peter Sherwood at 3:23 PM