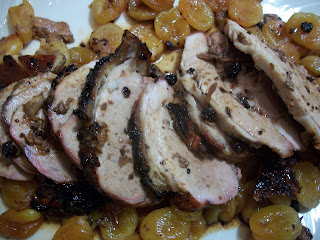 What an evening! I pulled this menu together from an old Reader's Digest cookbook "Secrets of Better Cooking" first published in 1973. The volume was handed down to me by my elderly cousin years ago and I absolutely treasure it. The menu was all laid out as what to serve for a specific occasion and I did very little tinkering to it.

I wanted to set a very 70's dinner party table, reflective of the menu, so conveyed this carefully, with copper serving ware and white candles wedged in candlesticks from Scandinavia, balanced by sturdy white free-form plates, with a wooden bowl filled with whole pink grapefruit as the centerpiece. 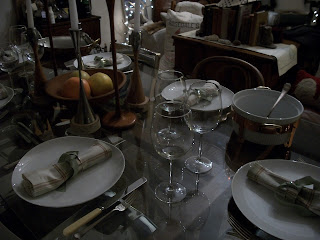 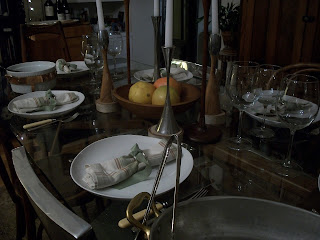 We started out in our living area with stuffed eggs topped with caviar. Cook 12 eggs, cool and cut in half, putting the yolks in a small bowl. Mash with 4 TB mayonnaise, 1 TB Dijon mustard, a hearty minced shallot and season with salt and pepper to taste. Stuff the eggs and serve over a nest of greens. Now, what else would you serve with caviar? 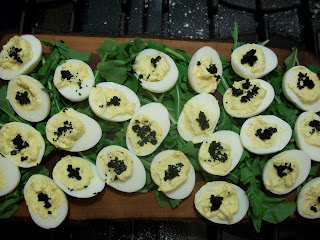 Vodka! The nips seen here were frozen in a tray of ice cube blocks and then lit with battery powered votives in the ice bucket to create an illusory, nearly preternatural effect. It was a great idea that I felt conclusively added to the merriment. 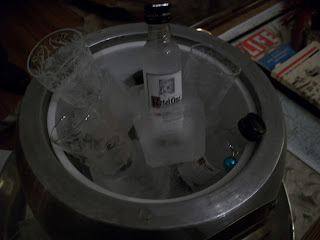 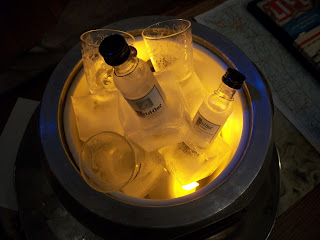 Here's a frozen bottle of Ketel One standing on its own. 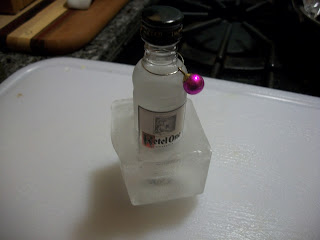 We also provided frozen shot glasses as a vessel for those that might not wished to have their vodka quite so straight. 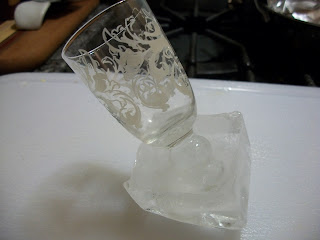 Onto the dinner, and the sides:

I don't mind confessing that I used a few oven-ready pans of mashed potatoes from Fresh Direct with only a little added butter. As everyone professed their love for it, I sat quietly, apart from other conversation, merely thanking them but otherwise didn't say a word about it! Baby kept mum as well. 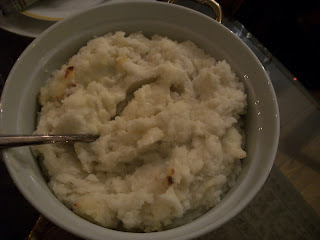 I sauteed a host of wild mushrooms in butter, olive oil and randy truffle oil to toss in with a batch of green beans. 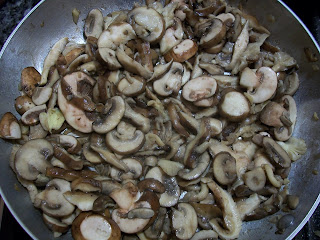 The 8 1/2 pound ham, as seen above, was uncooked, not smoked, and sat in a 450 degree oven until an internal temperature of 140 degrees was reached. It was not exactly as I expected it to be--our ham was more like a pork loin roast. But for just the six of us, we ate the whole thing anyway, so I guess it was good enough, with crispy skin and a black raspberry glaze (added the last half hour of cooking) outfitted with a frock of apricots escoffier strewn about the edges of the serving platter. This decorative side of apricots is easily made: dried apricots are boiled in 1/2 cup water, 1/2 cup brown sugar, 1/3 cup cider vinegar, 1 cinnamon stick, slices of fresh ginger, 1 1/2 teaspoons whole cloves and 1/4 teaspoon grated nutmeg. Chill and bring to room temperature when ready to serve as your garnish.

Bottles of rose were uncorked!

So to cut back in time a bit: several hours before the party, I launched into my savarin to be reserved for dessert with vigor, as one must when exploring unknown territory (I had never attempted this cake before), here briskly beating four eggs until fluffy to put the wheels in sweet motion. 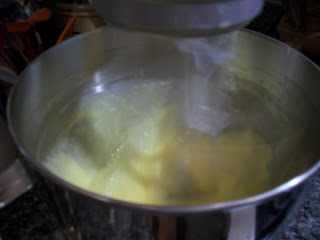 The brilliant cinnamon orange savarin! I wasn't sure what to expect at the outcome, but it turned out that I arrived with a very good tea cake. I filled the center with plump maraschino cherries as much for fun as to add a stroke of color. 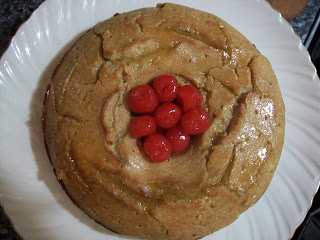 I just loved this table... 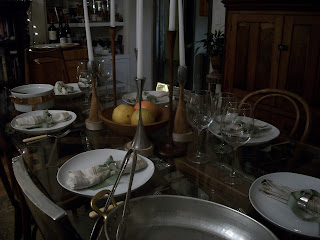 And our rollicking night spent together!