Ham Loaf for Everybody! 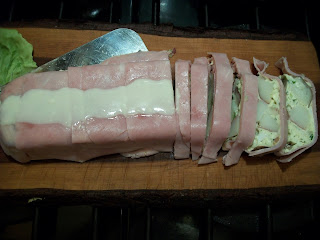 Okay, this dish was really just for Baby and me (with a simple side salad of greens and plenty of leftovers). Although the tasty little nugget might appear to be absolutely lurid and revolting, it was quite good and could certainly warrant being served at a cocktail party for a number of people as suggested by Arlene's Dahl's cookbook, No Time For Cooking! from 1961. We were assisted by a delicious pre-made potato salad with bacon from Fresh Direct. Couldn't have been easier as we stuffed the goods mixed with gelatin into our Le Creuset terrine to make it extra fancy and then let it chill in the refrigerator until firm and ready to be unmolded. 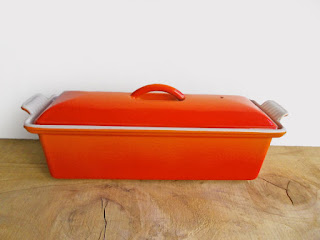 Also, as the cover indicates, "full-color photos, including Arlene at home." They are preternaturally colored and filled with explosively outrageous table settings. 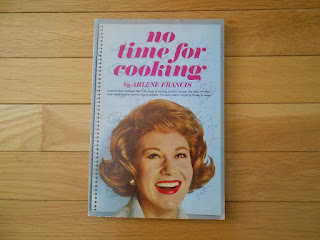 I started to go hog-wild with the molds and also made what I called an Jell-O Aquarium World in a small copper mold replete with Berry-Blue Raspberry Jell-O, Swedish fish, mini-marshmallows for rocks, whipped cream for waves and crushed vanilla wafers for the surrounding sand. It was all quite hilarious, kids could help and would love it. We did. 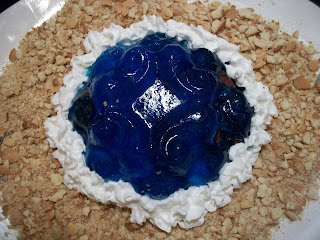