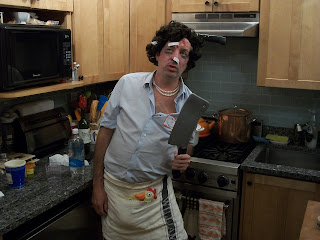 Bonjour! I'm afraid I had a little accident in the kitchen this year while trying to hack apart a chicken for a Poulet Financiere. After a bit of a tussle with the plucky devil, the bird got away and I'm still not entirely sure where it went. Just the same, do have a fiendishly good time on Hallowe'en this year and bon appetit! 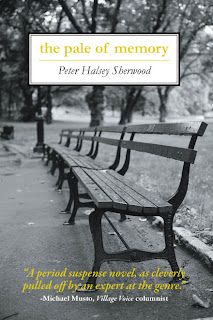 This is not my usual sort of post, where I cavort around, gleefully suggesting what to eat. But I hope you will find my first published novel a remarkable feast just the same. I am eager to know if 'the pale of memory' is to your taste. Do enjoy and please watch this snippet from my book party! Tell everybody!

Copies are available now on Amazon.com, BN.com and iUniverse.com.

A bit about the book:

THE PALE OF MEMORY by Peter Halsey Sherwood (iUniverse; On Sale: September 7, 2012; $13.95 USD) is a suspenseful, bracing novel set in a mid-90's Manhattan still hovered over by a dreadful affliction. What starts out as a caper in which the Hardy Boys themselves might have embarked upon turns into a reckless mission of obsession that evolves into a dangerous love affair with dire consequences. From the perspective of a voyeur, the reader peeks into the world of the questionable protagonist, a young man named Scott or ‘Scotty’ to his friends, as he attempts to hide his secrets and transform a new lover in an ultimately futile effort to recreate the past. In a swirling pool of lies amongst all of the characters, nothing is what it seems at first as perceptions are revealed and confronted with haunting vigor. As the reader discovers through Scott's slowly exposed mania, his life has been one stained by a curious, confusing past that eventually brings THE PALE OF MEMORY to a devastating crescendo.

A few of my esteemed readers said:
“A period suspense novel, as cleverly pulled off by an expert at the genre.”

“Hitchcock’s Vertigo with sexy, dangerous young men. Had me hooked from page one.”
– Charles Busch, author of The Tale of the Allergist's Wife
Posted by Peter Sherwood at 3:54 PM 0 comments 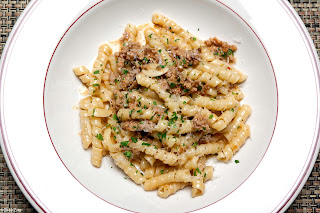 This sumptuous pasta featuring thick curls of fusilli pasta and sweet and hot sausage in cream is courtesy of Bocca executive chef James Corona. Thank you for the recipe, James!

Directions:
1. Cook pasta in a large pot of boiling, salted water till al dente.
2. Drain pasta, reserving a cup of the pasta water for binding.
3. In a large saucepan, brown the sweet and hot sausage.
3. Combine minced garlic, shallots and heavy cream with sausage in saucepan and reduce for about three minutes.
4. Add smoked mozzarella.
5. Toss fusilli into the sauce. If necessary, use reserved pasta water to bind. Serve. 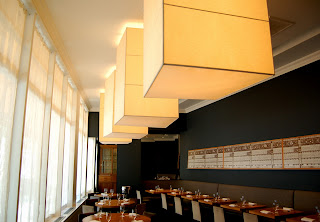 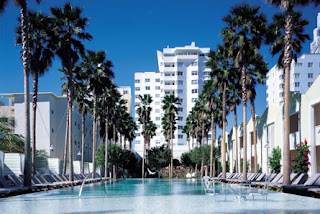