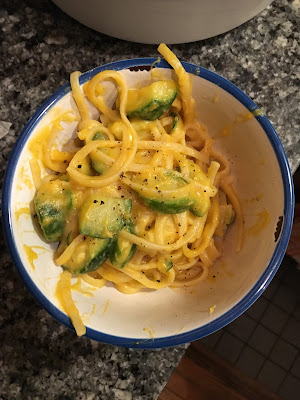 A Selection of Sweets - Tea Jammies 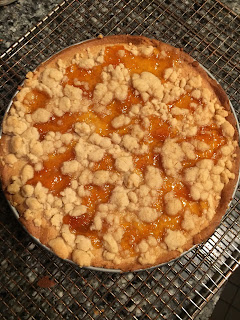 I made these Honey-and-Tea Jammers in my pajamas, so let's start there.

Dorie Greenspan recently shared her Honey-and-Tea Jammers adapted from Dorie's Cookies in the Dec/Jan 2017 Saveur and I was immediately enraptured by her 'dream cookies' built on French shortbread with streusel in a delightful confluence of just what you'd expect--honey, loose tea and strawberry jam. In the actual recipe here, the cookies are served individually cut, like thinly rolled tarts made in a muffin tin, but lacking that particular device, I giddily fiddled about and created a single, thickly rolled large tart (seen above) with apricot jam in a spring-form pan. For another batch, armed with a two-inch cookie cutter, I neatly fitted nine cut-out cookies in a nonstick cake pan and eased them out readily once completely cooled.

The unexpected pockets of brown sugar in the genial shortbread! The luscious jam poking out of the crumbly streusel! Best of all, I had all of the ingredients on hand (friends had recently given us wild honey and homemade vanilla extract over the holidays and we actually had loose rose tea for the shortbread!) and didn't have to leave the apartment. Comfortable as I was in my jammies, I set out to make my honorary Tea Jammies.

The smell of a bakery right at home was so incredibly pleasing I couldn't help but think what a treat such aromas would be for guests upon arrival--even before taking a single, gorgeous bite. Since none of the ingredients are particularly perishable, stock up for the next pajama day! Just remember to change before any guests shows up. Or eat them by yourself. Or not. The important thing is that you do make them.


Posted by Peter Sherwood at 9:25 AM 0 comments