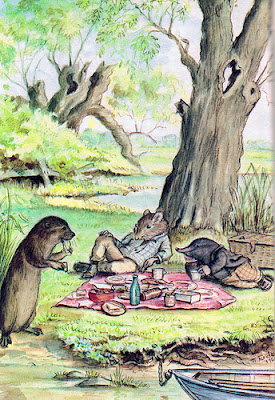 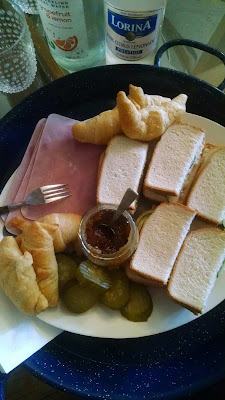 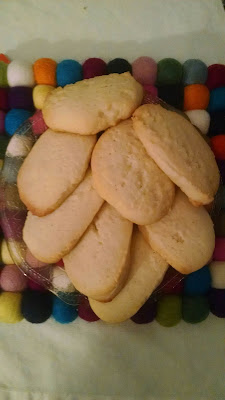 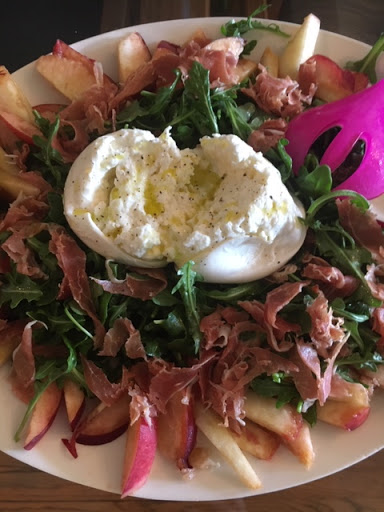 This salad was so beautiful and delicious, each bite a different delight! The method is simple too and only requires just a touch of artistry when composing--summer does the rest.

Scatter fresh arugula leaves on a platter, shred some proscuitto, slice up ripe stone fruit (we used white peaches) and arrange artfully. Drop a luscious orb of burrata cheese on top--if you are not familiar with burrata, it's high time you become well-acquainted. A ball of mozzarella cheese holds a treasure of luscious stracciatella and cream, which oozes out when cut open. Yes! Drizzle some olive oil and a squeeze or two of lemon over the whole thing and season with some freshly ground black pepper and Maldon sea salt flakes. Add your favorite herbs if you like, or add some fennel fronds to the mix.

Instead of stone fruit, perhaps you have some juicy melon on hand? Try that with some fresh figs and take a bite out of summer!