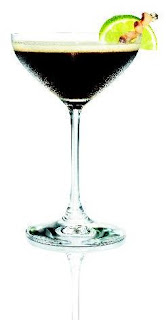 Yes, I bought The Black Eyed Peas album The E.N.D. (an acronym for the energy never dies) last year. It doesn't matter that I was practically shamed into buying some new music by a few of my unruly teenaged relatives (my dancing days apparently ended sometime in the 90's as all I had to play for them that one evening was Deee-Lite, House of Pain and Betty Boo). Worst of it was, I had absolutely no idea that kids today would find my music outdated. Wasn't I just one of them? Was I actually through busting a move, instead rapidly moving toward busting a hip? Sigh.

Anyway, The E.N.D. is a really fun album with a lot to dance to. I even got my freekum dress on and bought Beyonce's B'day and I Am...Sasha Fierce albums (I mean cds) as well in case my beloved brats ever come to visit again.

So the point of all this? The Peas are cuttin' loose, yo, and heading out on tour. What kind of facebook fan would I be if I didn't give a blog shout out to my peeps and feature the official Black Eyed Peas Cocktail sponsored by Bacardi--the Bacardi V.I.Pea!

Now, I had heretofore never heard of black sugar, and would have only guessed that it may have been a single for Mr. Barry White or a vehicle for Ms. Pam Grier back in the 70s--but no, according to my reliable sources, black sugar is actually an ingredient found in Asian markets, rather common in Asian cookery, also used to partner with ginger in cups of tea, and believed to have restorative properties. Here, the Peas just drink it straight up with their Bacardi. I gather that the garnish is entirely optional.

Preparation
Put all ingredients into a shaker, stir until the sugar has dissolved. Fill ½ cubed ice and ½ crushed ice and shake vigorously until chilled. Double strain into a chilled or frozen coupette (more often used for holding margaritas) or cocktail glass. 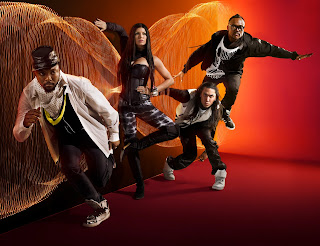 Posted by Peter Sherwood at 5:09 PM