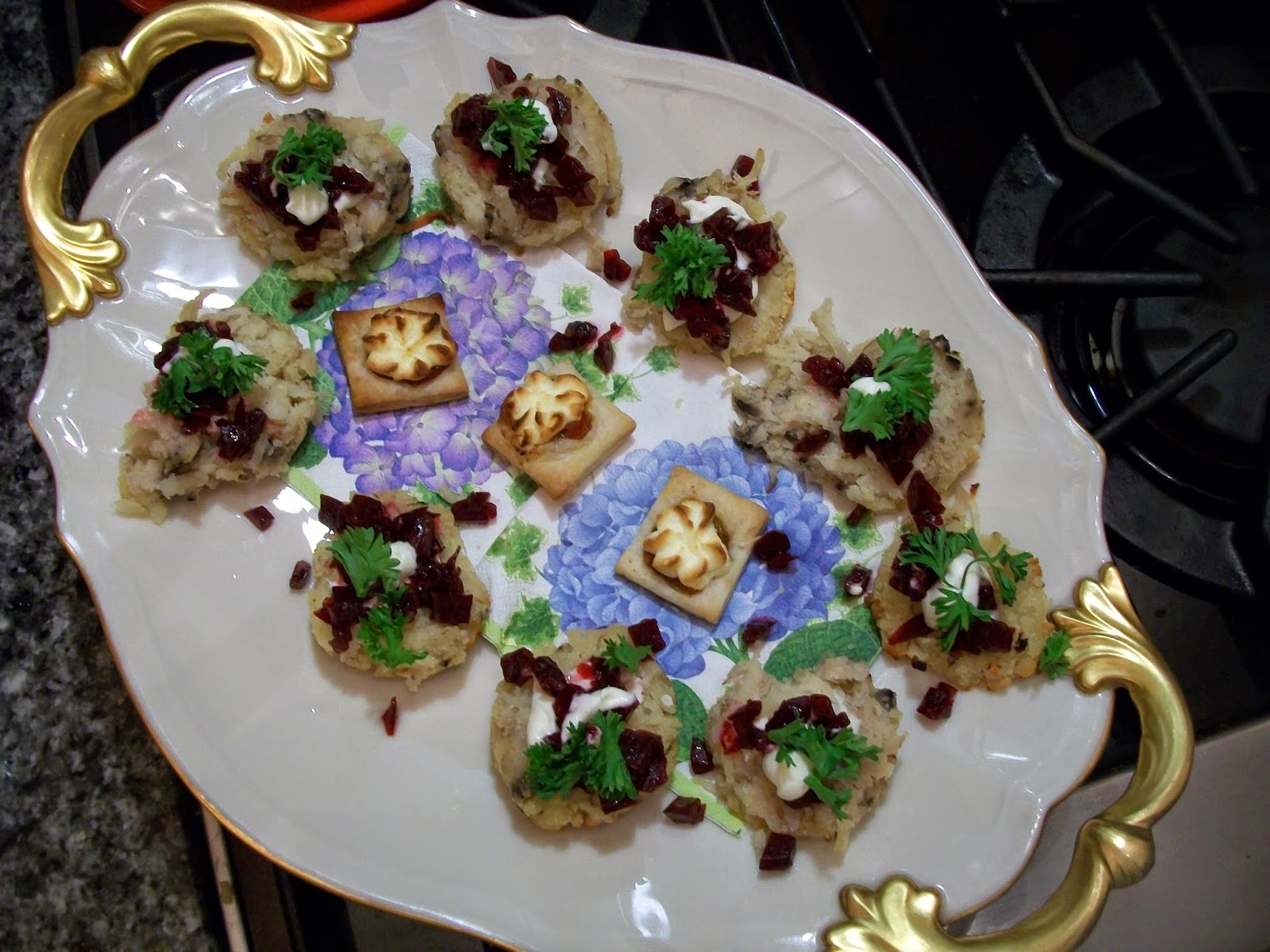 I was so inspired by a page in a Williams-Sonoma catalog that I planned a simple, casual cocktail party on a Sunday afternoon for a handful of guests, featuring nips of vodka, a bottle of highly appropriate rose wine and a trio of latkes with various toppings. Pink candles radiated from a shimmering candelabra as a Burleigh ware pitcher filled with blue hydrangeas and a vase of fragrant spring lilacs looked on. These recipes from reliable W-S are great and resulted in the latkes being devoured readily. I also added some canapes with goat cheese and onion marmalade to further the platters. Above are the latkes with beet relish. Much was prepared ahead and to save more time and effort I purchased beets that were already cooked and only had to chop them. They marinated for a few hours in balsamic vinegar and olive oil and then sat on a soupcon of creme fraiche (not the suggested sour cream) with sprigs of curly parsley.

It hardly seemed necessary to go through the hassle of grating zucchini for the next dish so I improvised and snipped the heads off of microwave-ready asparagus spears instead. I subbed a gentle gorgonzola (that was already crumbled) for the suggested feta cheese, sprinkled micro basil over it and drizzled a little basil oil as well. Seen below in preparation! 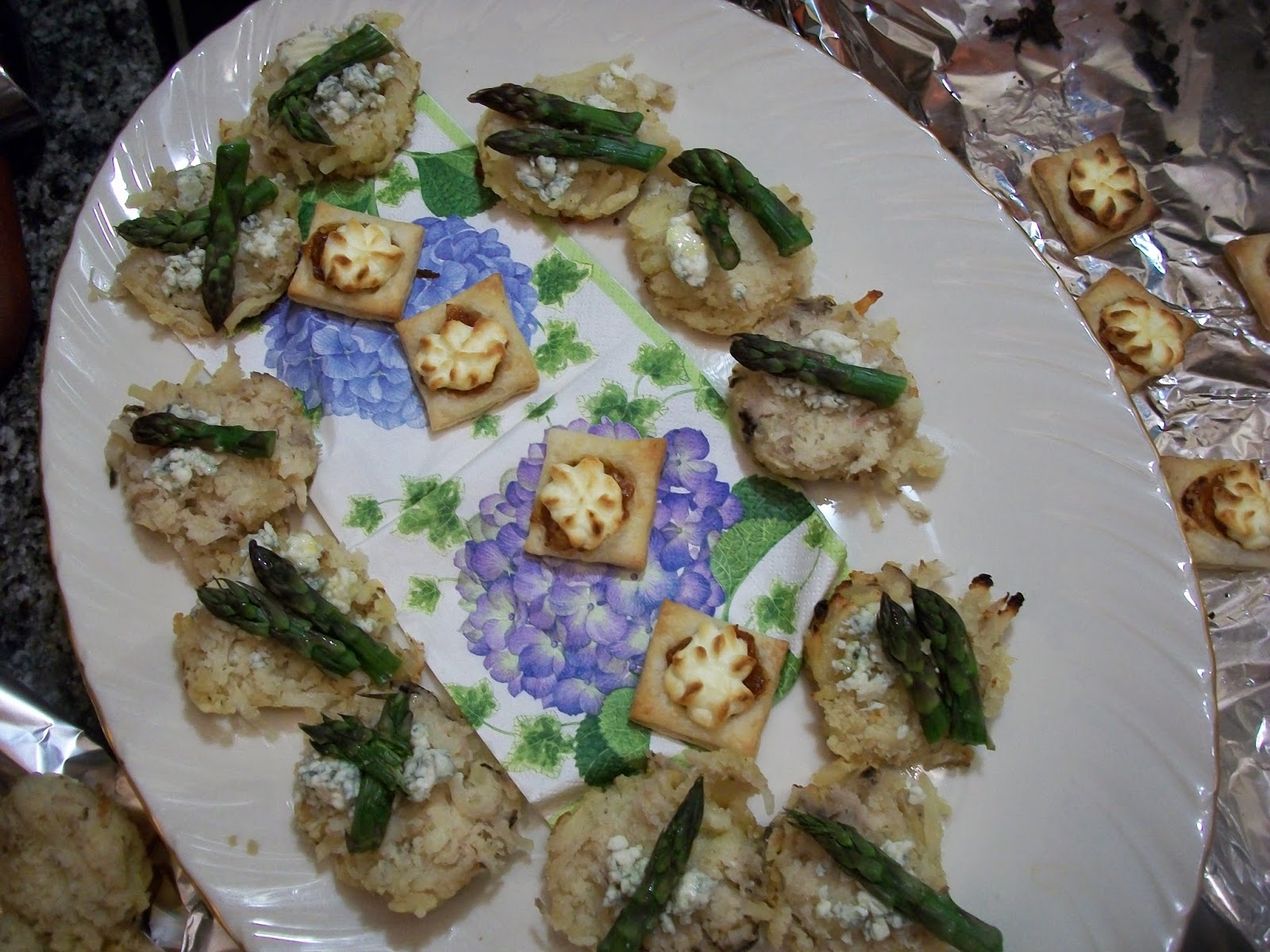 Canadian smoked salmon swam upstream with creme fraiche and instead of a (possibly expensive!) mix of parsley, chervil, tarragon and dill as the recipe suggests, I thought to use micro wasabi, in a riff of what might be found on a tray of sushi. 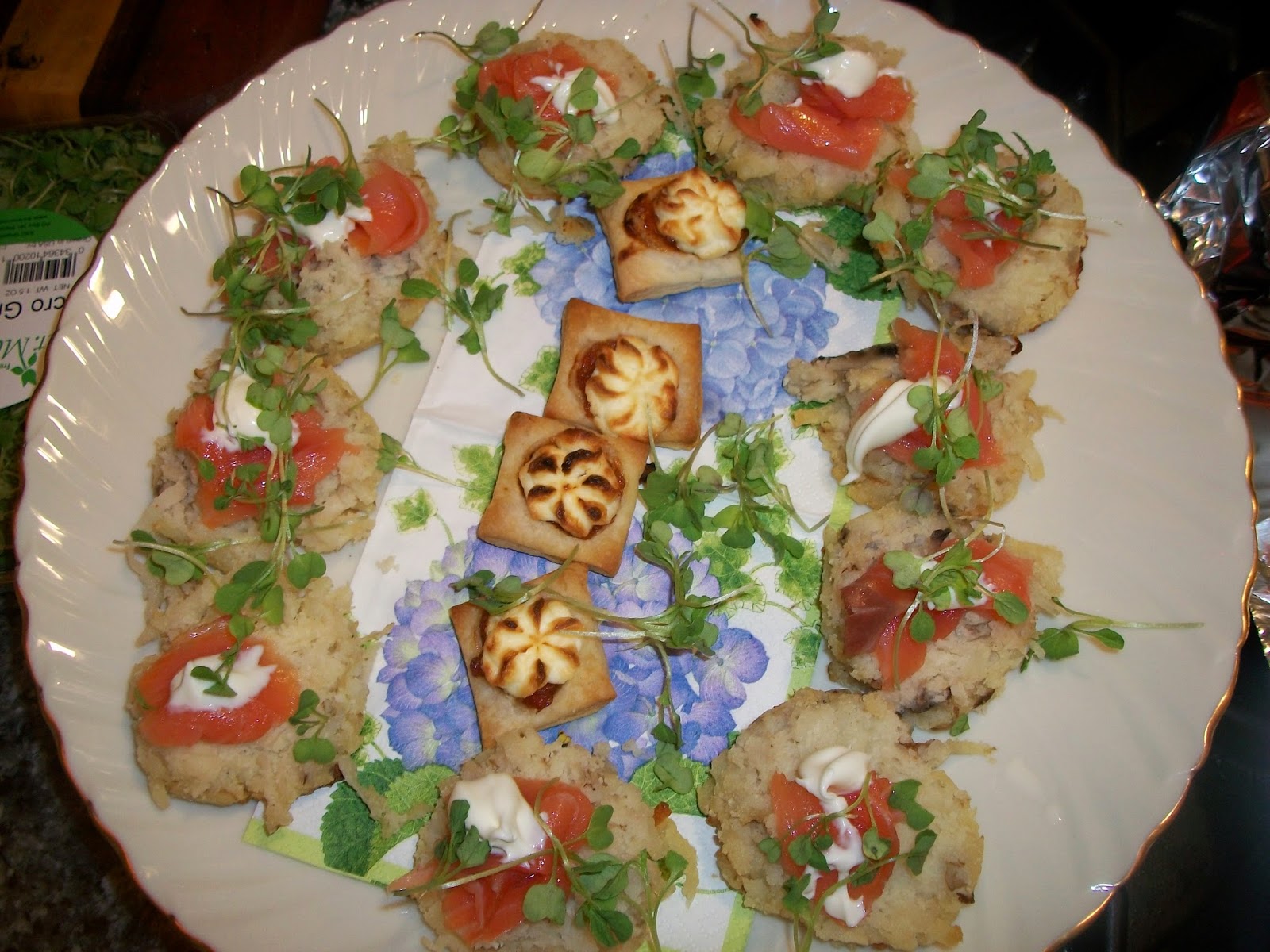 A simple arrangement of butter leaf cookies on an elegant coupelle! 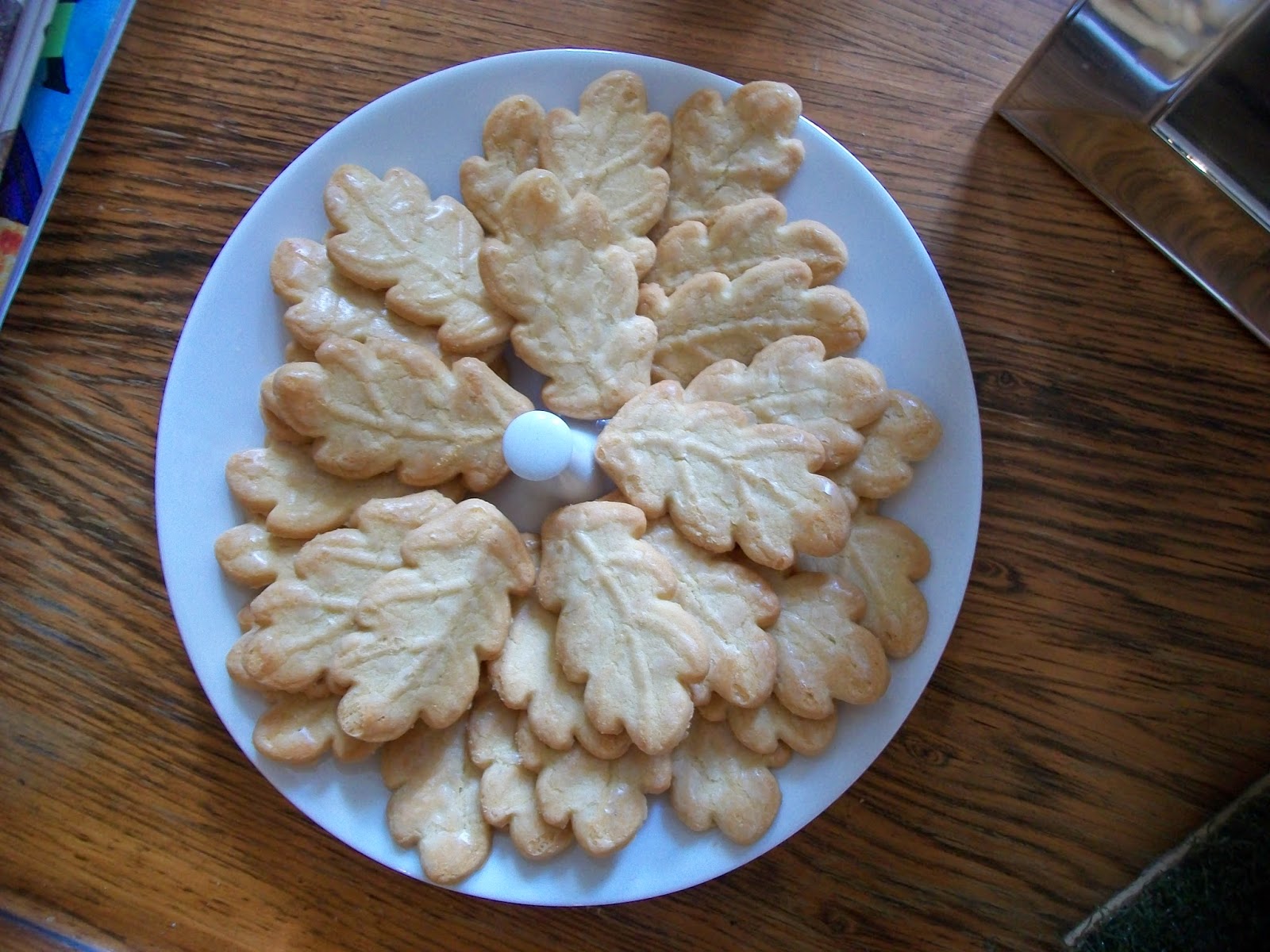 Cheers then!
Posted by Peter Sherwood at 3:56 PM